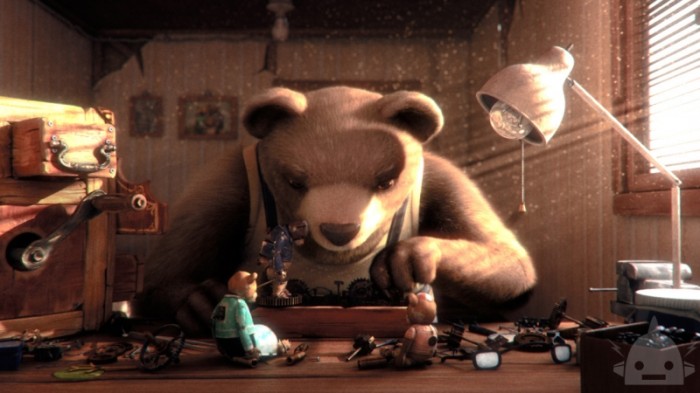 “Bear Story,” shown at the 2015 SouthSide Film Festival in Bethlehem, Pa., won the Academy Award for Best Animated Short at the Oscar ceremony Sunday, February 28.  Directed by Gabriel Osorio, the Chilean film tells the story of an old bear who goes out every day to a busy street corner. Through a tin marionette theater that he made, the bear tells his life.  But it’s not a simple story. The film was inspired by true events that happened in Chile. In 1973, Osorio’s grandfather was arrested and held for two years. After that, he was exiled from Chile, forcing him to live apart from his family.  Osorio says, “During my childhood I felt the invisible presence of an absent grandfather, who was not dead, but was not present in my life. My short film ‘Bear Story’ is not about the life of my grandfather, but it is inspired by his absence and the mark it left on me.  “Bear Story” has won more than 50 international awards on the film festival circuit. For more information about “Bear Story,” see http://www.punkrobot.cl/projects/historia-de-un-oso/.