Friday, June 16 – SSFF Presents the Pennsylvania Premiere of the Horror/Comedy film, The Night Watchmen!!!
Three inept night watchmen, aided by a young rookie and a fearless tabloid journalist, fight an epic battle to save their lives. A mistaken warehouse delivery unleashes a horde of hungry vampires, and these unlikely heroes must not only save themselves but also stop the scourge that threatens to take over the city of Baltimore. 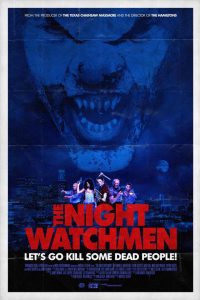 The Night Watchmen was an Official Selection at the Cleveland International Film Festival and won the Silver Stake Award at the Vampire Arts Festival.